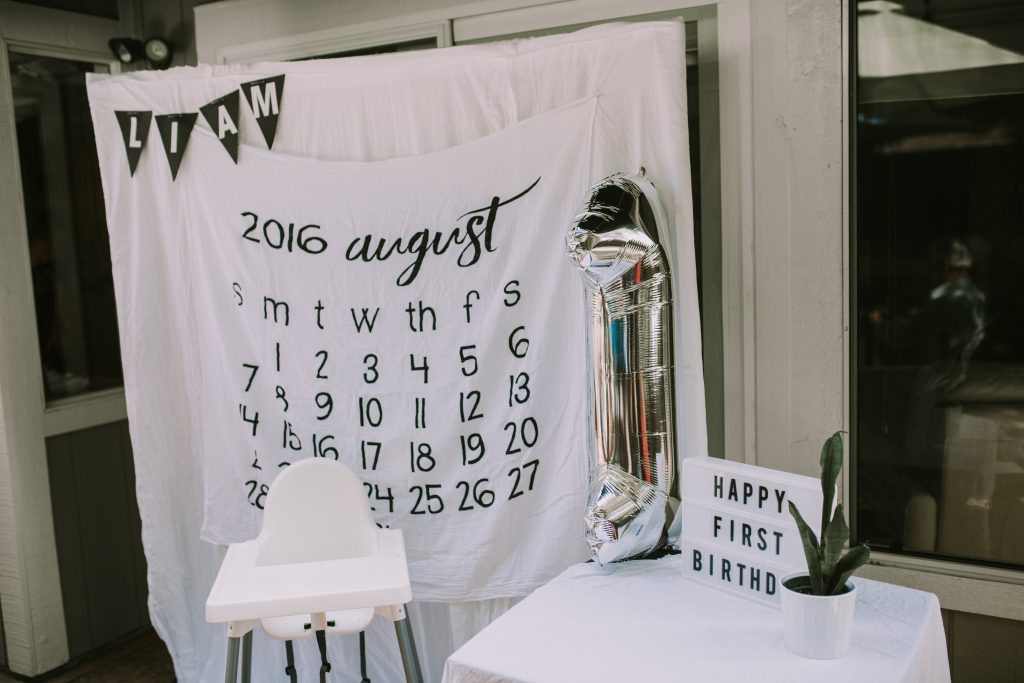 In August my sonf turned ONE! I actually think I spent 6 months planning out his party, what would the theme be, what decor would I use. As the months went by, and I would see friends celebrating their little one’s birthdays, train themed, dinosaur themed, toy story themed (you get the picture) and by the next day, all of the decor etc would be post on a re-sale facebook page.

Again, never judging, but I very quickly realized, that was not want I wanted!

I wanted something simple, fun, creative, modern and minimal.

Obviously I had been obsessed with all things monochrome since I found out I was pregnant, so I figured it would be the perfect theme for his First Birthday.

We kept things simple, and I loved it!

Of course we hired a professional photographer, Loves Landing.

I decided to go with Black, White and Silver.

We created a white back drop out of white table clothes and PVC pipe. (Yes not joking.)

I found a fun light box on amazon, I bought it specifically for his party, but knew it was something we could use around the house, especially with holidays coming.

The ONE ballon was from Amazon, the package actually came with two (maybe if one pops) and so we put the other one at the front door, as many of our guests had never been to my childhood home.

Last but not least, I threw a table cloth on a bistro table and added a house plant and called it good!

For the tables that everyone sat on, I found simple disposable white table clothes (however I think we kept them because they were still in amazing condition.) I added a handful of house plants (from my house) as center pieces and the party was ready to begin!

As for the menu, we kept it simple, as it really was an adult party, with my son being the only child! We had a Gourmet Brat Bar, we’re talking hot dog bar on steroids. All of the Brat’s you could eat, with every topping from fermented sauerkraut to relish and pickled onions.

I hope you are feeling inspired to keep your child’s next birthday party, simple, minimal and modern! Enjoy the time together, not all the stuff you had to buy to put it on! 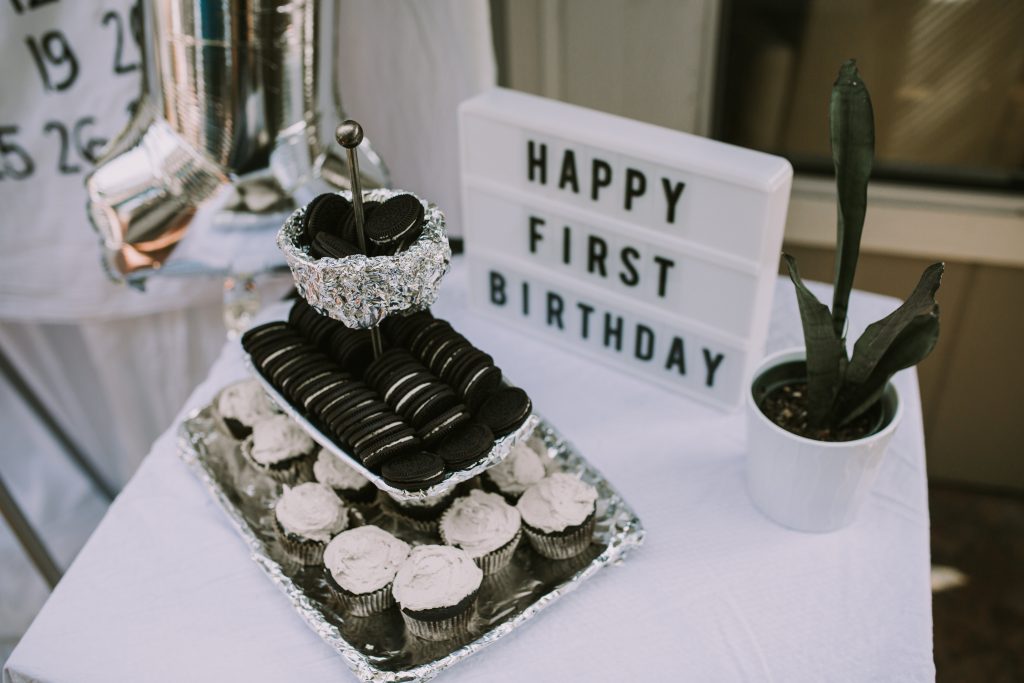 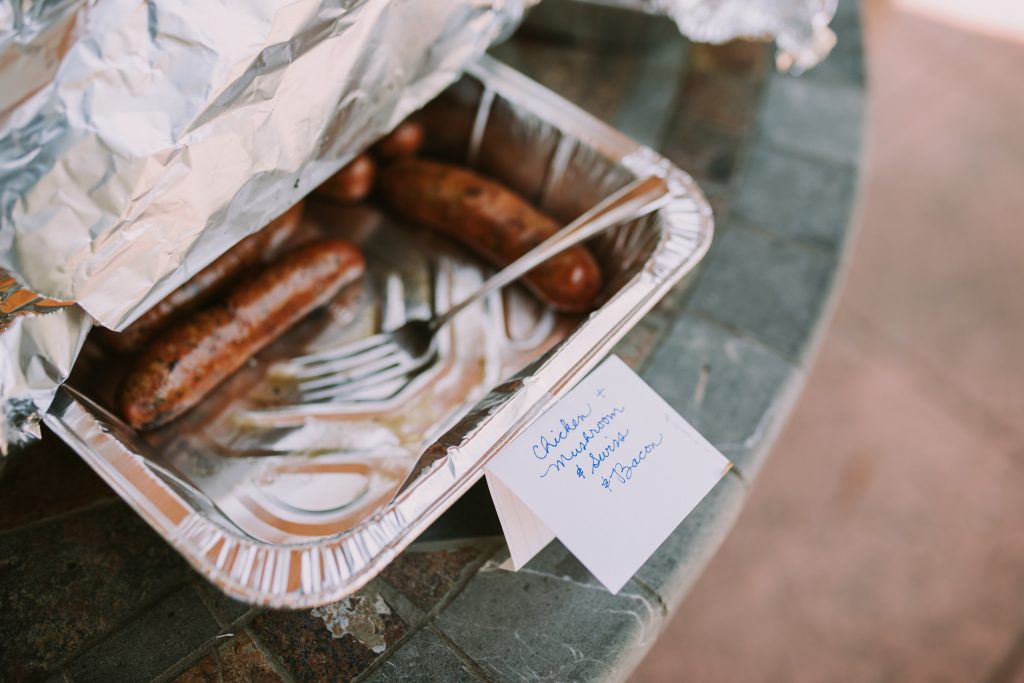 A look into my Monday! A day in the life of a sing

The only thing holding me together these days. #ro

A look into my Monday! A day in the life of a sing

The only thing holding me together these days. #ro